I saw this delicious blog devoted to pin-up girl tattoos over on Needled this morning. Yowza! What Marisa failed to mention is that Raised by Puffins also maintains a blog about owl tattoos and one about, you guessed it, Batman tattoos!

I’ve been contemplating a Batman tattoo post for a while now, but there are so many out there that I didn’t know where to start (especially due to all the hype re: The Dark Knight)! Thanks RbP, for doing the hard work for me!

Here are a couple of highlights: 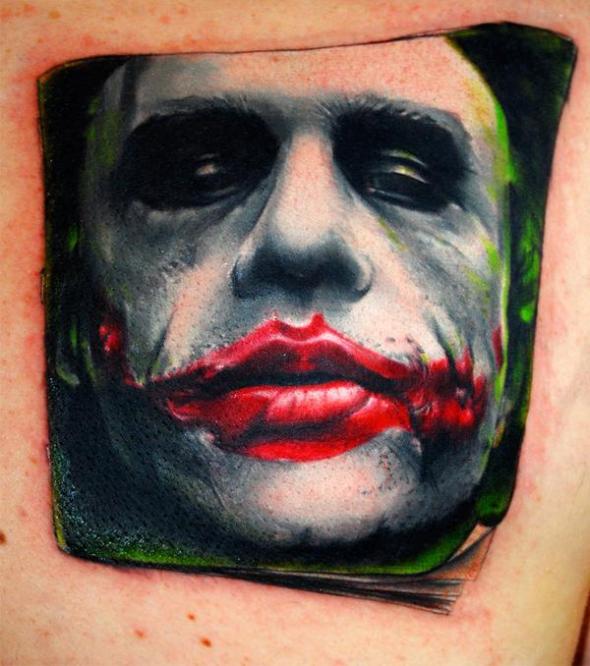 Tattoo by Bez on Batman Tattoos

Raised by Puffins, you should really check out the work of Electric Pick! Not only does he have a killer signature style of pin-up girl, he’s recently posted an update of his awesome Batman “pantleg” (is the term catching on yet?).

I think RbP should combine two of his tattoo passions and do a blog about Harley Quinn tattoos! I’d subscribe!